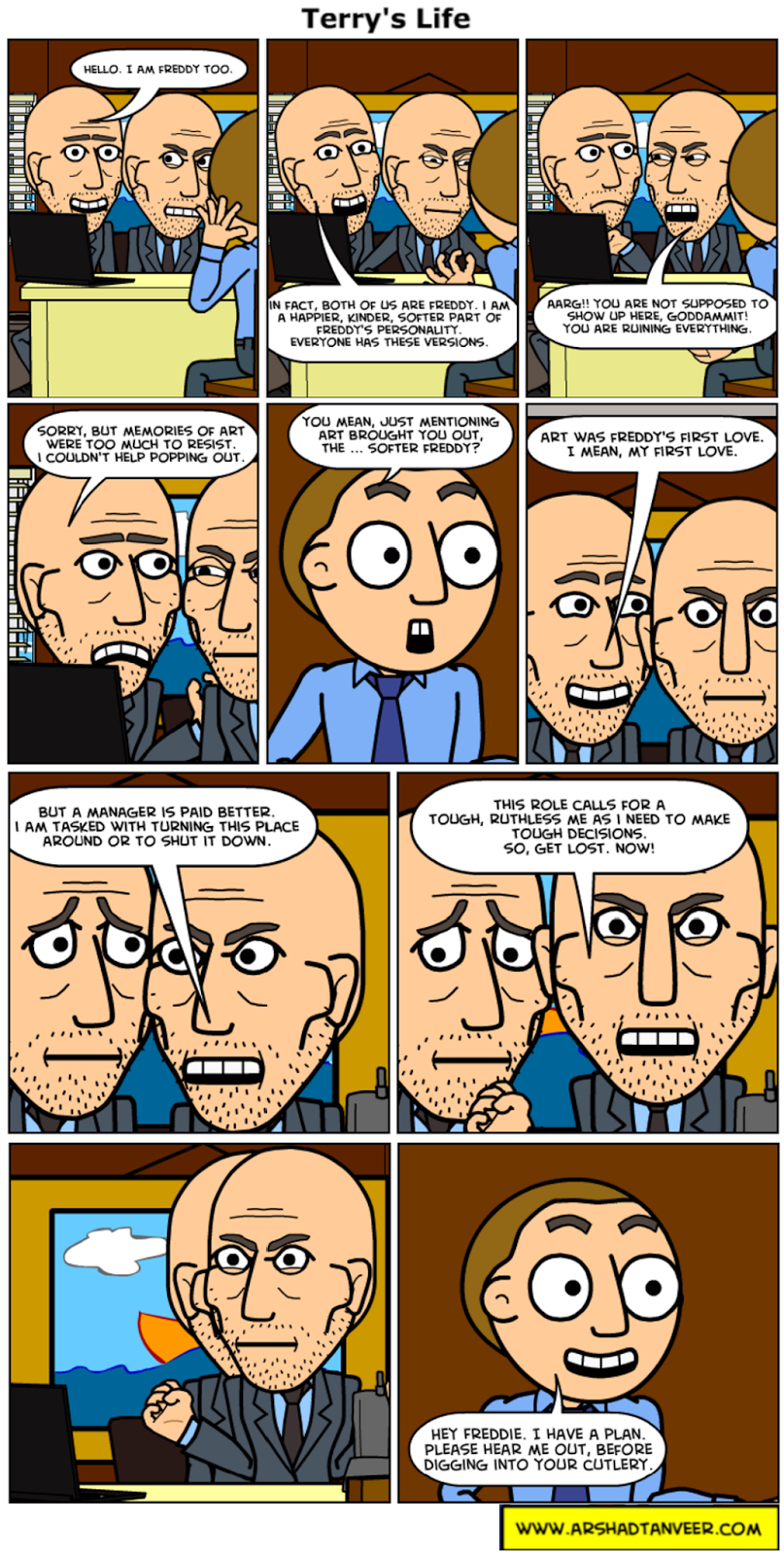 After being "terry"fied, Terry realized that this was a softer version of his man-eater boss. And we all have different sides to our personality, some of which dominate others, given the circumstances. Unfortunately, we are brought up on stories and fables where we have a hero, we have a villain, we have a saint, we have a devil, but in reality we are saints and devils, heroes and villains, all bundled into one. Which side of our personality shows up in a given situation is dependent on which side have we fed to be dominant and what our own beliefs are. Freddy believes that he can't be soft to be effective in a tough situation. He is right, but taking it too far he equates toughness to ruthlessness, to the point of being inhuman. Only if he understood that in a team environment, which every modern business is today, he has far better chances of success if he gets his people to align with his direction and work towards a shared goal. All this with positive motivation, not fear or repercussions or punishment.
Anyway, having understood his boss a little better, our man Terry seems to have an idea. What could it be? What ideas come to your mind?

Posted by Tanveer at 8:33 AM 3 comments: Links to this post