Dear fellow techies: what you should do?

Siddharth Uppal (Sid, as we call him) has been one of the best technologists, and certainly one of the best people I have known. He was my very first team mate at D. E. Shaw after I joined the company and even though I was his Manager, I got to learn a lot from him. Among other things, he got me into blogging.
Quite an avid blogger himself (his blog is called Some Creativity), a few months ago Sid wrote a small and simple piece that every techie should read. In this article he gives very down to earth, simple yet powerful advice to techies working in a typical project team. I personally agree with his points 100%. I have shared my views on project management and related stuff on this blog in the past, but I think Sid's post encapsulates most of those points in a simple manner.
While you are at it, check out his discussion about a simple report generator- like the man himself, simple yet awesome.
I proud of you, my friend.
Posted by Tanveer at 6:54 AM 2 comments: Links to this post

These days many people ask me the same set of questions- “what’s happening in the financial markets?”, “Is the worst over yet?”, “why did Lehman Brothers go bankrupt?” And so on. Working in the financial industry, I am somehow supposed to know it all. Yeah, right! But, I can share what little I know so here we go.

Financial markets are not just in some crisis, they are in deep crisis. You know that when Allan Greenspan says on TV that this is by far the worst he has seen in his life. You know that when every major financial institution is going under, one by one. You know that when governments and central banks the world over push $ 800 billion into the markets to keep them alive (more like on life support systems, but breathing nevertheless). And finally, you know it for sure when Freddie Mac, Fannie Mae, Lehman Brothers, Merrill Lynch and AIG are all in the news for either being bailed out, bought out or, in Lehman’s case, just out.
So, what’s happening? When one of the world’s largest economies is perennially in debt, when “experts” pretend to know how to manage that debt, when “risk managers” fool themselves and others that they have things under control, when “intelligent finance gurus” create instruments to make money out of all this and when they all are living in a fool’s paradise, it is obvious that the party can’t last long. Signs are that the party has ended. Depending on who you are talking to, this is the worst financial crisis the world has seen in ten, fifty, hundred or a million years.
So, is this the bottom? Are worse days ahead? In my honest opinion, this might be one of the worst financial crises the world has ever seen, but I am confident that many of us would weather the storm. Big names will fall. But, that doesn’t necessarily mean the end of the financial markets as we know them. If there is one thing that the bean counters and managers in this market are known for (apart from greed) is resilience. How long will this storm last, and what will we see next? Well, I don’t know. Nobody does. Even the experts who write long articles in business magazines or talk on TV, with bookshelves and flowers in the background, are saying just one thing: “we have no clue at all. Just wait and see”. Anybody who claims to know the future in today’s market is either a shameless liar, an absolute madman or God in disguise.

So, what happened to Lehman Brothers? 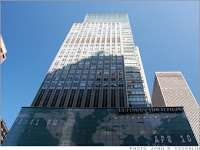 Lehman was America’s fourth largest bank; a 158 year old grand institution that had weathered the great depression and many other storms successfully; a financial company so important that if it sneezed, the world would catch flu. Well, it didn’t just sneeze, it kicked the bucket. So, what happened?
It all started in 2007, and the subprime mortgage crisis. Lehman owned a subprime lender called BNC Mortgage and closed it down in August 2007 following the infamous crisis. This led to about $25 million charge and $27 million reduction in goodwill. The crisis spilled over to 2008 and Lehman’s losses started to mount. Though it closed BNC Mortgage, it held on to large positions in lower rated (subprime, even) mortgage tranches when securitizing the underlying mortgages. It probably did so hoping for a reversal in the market. It is also possible that it couldn’t sell the lower rated bonds.
In Q2 of 2008, Lehman reported losses of $2.8 billion. By now, it had lost 73% of its value in the market. August 2008 saw rumours that Korea Development Bank was considering buying Lehman Brothers. That didn’t go through, most probably because KDB had trouble attracting partners for the deal and pleasing regulators. As a result, the already battered Lehman share value plunged by a further 45%. After seeing all this, investors became wary of this stock and its price continued to go down south. The bank tried every trick in the book to stay afloat- it tried to downsize, sell parts of it to others, approached the Fed for help and even tried selling itself to somebody. Nothing worked. Barclays and Bank of America both mulled over buying it out, but declined after due diligence. With no other option left, it announced bankruptcy on Monday, 15 September 2008. On 16 September, Barclays came back showing interest in the bank. Here is a link to the announcement on Lehman's website.
Posted by Tanveer at 11:29 AM 1 comment: Links to this post